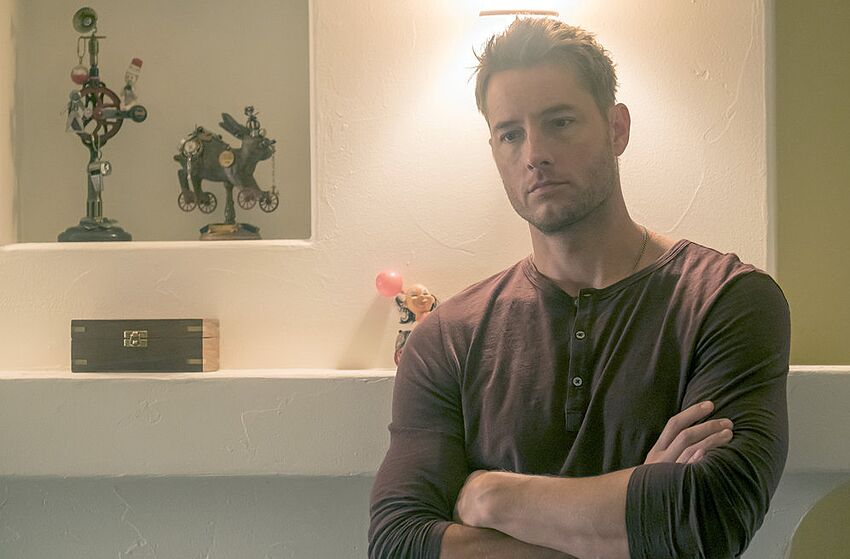 This Is Us returned to NBC on Tuesday with a number of heart-stopping moments. Here are the five biggest surprises from Season 4, Episode 10.

Spoiler alert: This article will discuss details from the Jan. 14 episode of This Is Us.

Whoa! Sterling K. Brown did not lie when he said the midseason premiere’s ending would be shocking. As the minutes dwindled down, I feared Randall would suffer an anxiety attack, but I don’t think anyone was prepared for that. The ending was’t the only surprising moment from “Light and Shadows.” Let’s take a look at what else left us speechless.

This week’s episode primarily stayed in the present day, but there was one flashback storyline included. We traveled back to the 70s to witness a milestone moment in the early days of Jack and Rebecca’s relationship. While on a dinner date, Jack revealed he wanted to take a break from their relationship after being scared off by her father. Rebecca was blindsided by Jack’s sudden stance, but she wasn’t ready to throw in the towel.

During a heart-to-heart conversation about love, Rebecca’s mother delivered a beautiful line that left us grabbing the tissues yet again. “Make sure he gives you a great love story. One for the ages.” And that he did, only after Rebecca stormed to Jack’s shop to confess her love for him. This iconic scene will for sure go down in the history books for This Is Us.

🗣️ A GREAT LOVE STORY. ONE FOR THE AGES. #ThisIsUs pic.twitter.com/ec7adWg69D

Randall flew out to Los Angeles to accompany Miguel in taking Rebecca to a doctor’s appointment to check out what’s going on with her memory. An initial test revealed a condition that involves short-term memory and confusion. While the condition could go away, there’s a strong chance of her brain’s health deteriorating more than it already has.

Unfortunately we already know that things aren’t going to get better. By the time The Big Three hit 40 later this year, her confusion will increase. Rebecca doesn’t want Kate and Kevin to know because they have enough on their plates, yet Randall is now burdened with a secret that should be shared with his siblings, but will ultimately drive him and Kevin apart. It’s no wonder his anxiety will play a role in next week’s episode.

The good news is, Toby isn’t cheating on Kate with LadyKryptonite. The bad news is, Toby is keeping secrets from Kate and is battling inner demons in regards to Jack’s blindness. While we still have yet to meet LadyKryptonite, we do know that her name is Kara and she tried kissing Toby after Thanksgiving. Luckily, Toby dodged her and switched gyms.

Us waiting for LadyKryptonite to walk through the door any second… 😬 #ThisIsUs pic.twitter.com/BQQBn3d8Zk

He kept that information from Kate for two weeks though. Kate had to find out through his Crossfit friends and she was not happy. This led to a blow-up in which Toby admitted that he’s upset about Jack being blind. Thankfully we went from stunned silence to happy tears in a matter of moments as Toby and Kate celebrated Jack’s discovery of flashing lights.

Who else fell for it? After his Thanksgiving proclamation that wants to find a wife by his 40th birthday, Kevin found a match-maker to set him up on dates. After a few fell flat, Kevin laid eyes on Lizzy (Sophia Bush) at a coffee shop. Just like Kevin, we were convinced this was love at first sight.

I mean, how does a first date that includes John Legend serenading you at the Hollywood Bowl not result in a happily ever after? Well, marriage can. Oh, yeah. It happened. Kevin went for the kiss only to be informed that Lizzy is married and is returning home the next day. Knowing that this won’t be the last we see of Lizzy (because Bush is set to recur), I held out hope that things would turn around. However, that turn-around may come in the form of Kevin’s ex-wife.

That’s right. A frustrated Kevin tossed his phone to a producer right before none other than Sophie came calling. When will Kevin find out his first love is trying to get ahold of him? Are Kevin and Sophie truly the endgame?

The final act of Episode 10 showed us Randall returning home to check up on his wife and daughters after his long travel day. As he came down the stairs to prepare for bed, he came face-to-face with a mysterious knife-yielding man who certainly can’t be up to any good.

RT if your heart stopped just like ours did. 😱 #ThisIsUs pic.twitter.com/mFXj8KtnM7

The preview for next week’s episode revealed Randall telling the man that he won’t get past him. We also know that Randall will battle his anxiety in part one of The Big Three’s newest trilogy. If you thought the midseason premiere was loaded, I think we’re in for another heart-stopper next Tuesday.

Next: This Is Us producers preview what's to come in Season 4

What did you think of the midseason premiere? How do you think Randall is going to handle the intruder? Let us know in the comments below!

Did you miss This Is Us Season 4, Episode 10? Be sure to catch up on NBC and Hulu.

This Is Us news from FanSided TV
FanSided